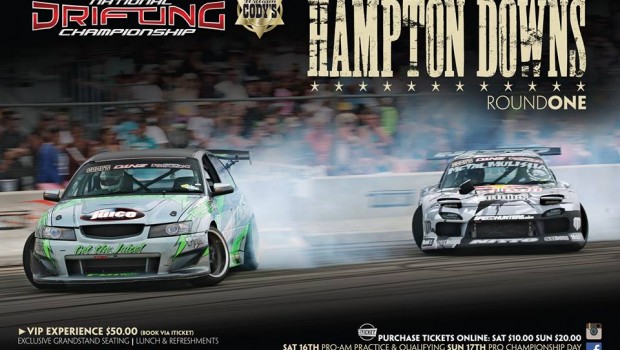 Published on November 3rd, 2013 | by mrgrumpyninja

I’ve had a few requests come in over the past week or so from eager fans wanting to know what’s going on in terms of D1NZ and some of this seasons rule changes, So I thought I’d have a bit of a crack at explaining some things before we kick off at Hampton Downs in 2 weeks time on the 16th & 17th of November. I’ll do 2 stories, one on the rules etc tonight, and a driver preview next week after a few more of the liveries are revealed and final numbers are confirmed.

Change # 1 – Fans can now access tickets online and benefit their favourite driver. Each team that has entered the full season has been given an Iticket link, and will get $3 back from each ticket purchased under their name.  Refer to your favourite drivers Facebook page or website for details. 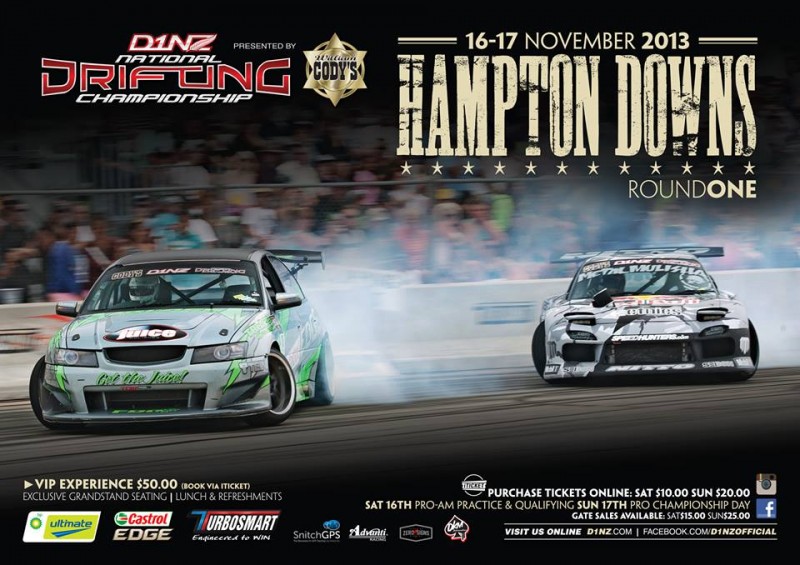 Change #2 and perhaps the biggest change as far as both fans and drivers are concerned has to do with qualifying format, and the reduction from 3 to 2 non consecutive passes in line with other Formula D sanctioned series.  While many of the drivers were keen to see 3 runs remain, with fields approaching 40 cars it was no longer feasible to do ( Imagine 80 cars x 3laps at Ruapuna) .  I expect this to impact the high scores as we won’t see big one off almost spin runs, with drivers not having the luxury of a throw away lap any longer. Average scores I believe will go up with more ‘safe’ runs and banking  (ensuring a score is posted) on the first run taking place, given this season there are more cars than places in the 32. 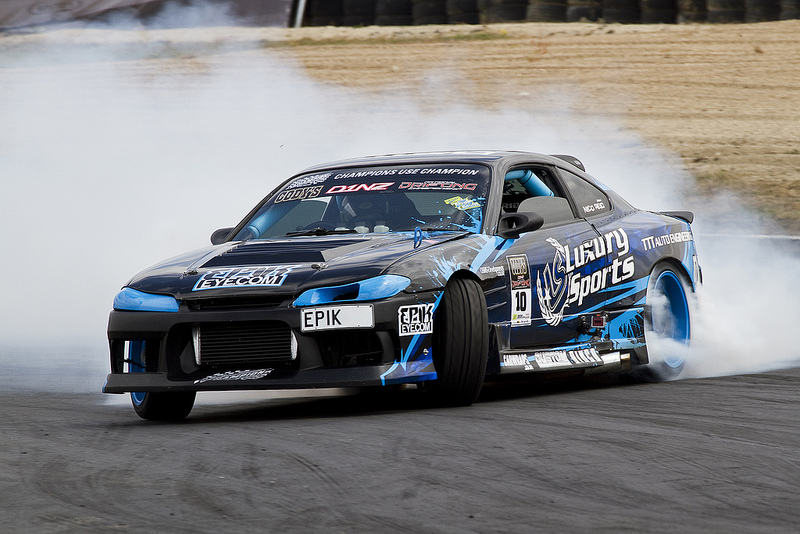 Drivers will continue this season to do qualifying runs in reverse number order and must take their run in the order allocated by officials. if they are unable to take their run, then it  is forfeited. It should be noted that some drivers choice of number will place them earlier in the order than they would have if they had taken their season finishing spot allocated number. ( Examples are use of 555 and 717 respectively)

A spin, major under steer or loss of drift (straight line) are awarded zero scores.

While on the subject of qualifying, and all things official, ‘Godfather of NZ Drift’ Justin Rood has taken a step back this season after devoting the last decade to drifting and won’t be a judge at Round 1 ( Lynskey, T-Boon & Bennett ) . With a second junior Rood in the house, a busy Gym to run and Matsuri events bubbling away, Justin takes a well earned break  (for now… I’m sure we’ll still see him lurking around keeping an eye on things and mentoring various drivers )  . If you are interested in Justins history, its HERE 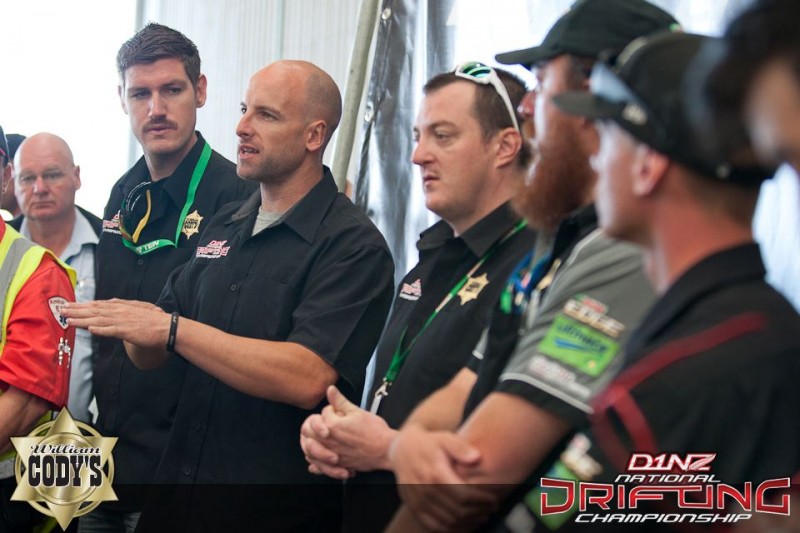 Following on from many drivers voluntarily fitting them last season, we will now see Red LED lights fitted to the front  windows of all cars. This is connected to the brake light circuit, and is a further source of information for judges and fans alike as all will now be able to see the use of brakes as it comes into play during various parts of the course.  While some  concerns were voiced by drivers who prefer to left foot brake as a technique, it has proven a success in other series and should if nothing else provide a new talking point for the clued up drift fan. 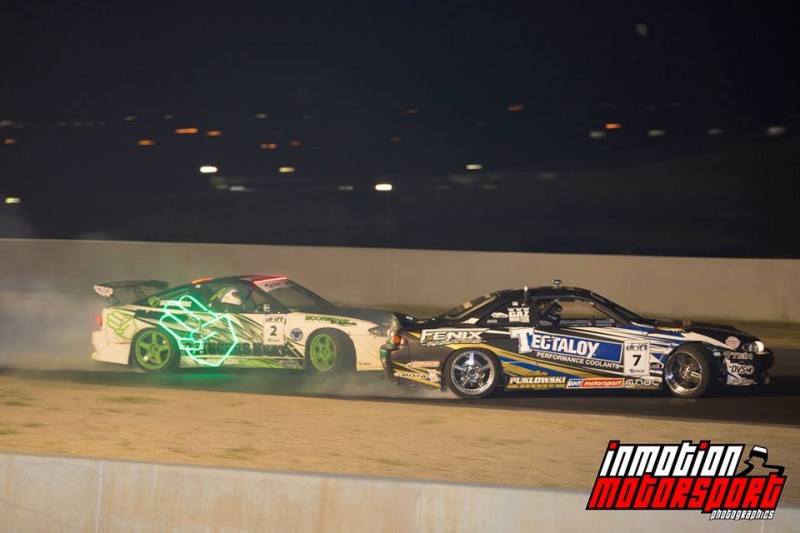 Also fitted this season are yellow rear facing lights that must be activated when a passenger is in the car. This is a pure safety decision with a number of drivers  picking up black flags over the past season for unknowingly battling  a car with a passenger. 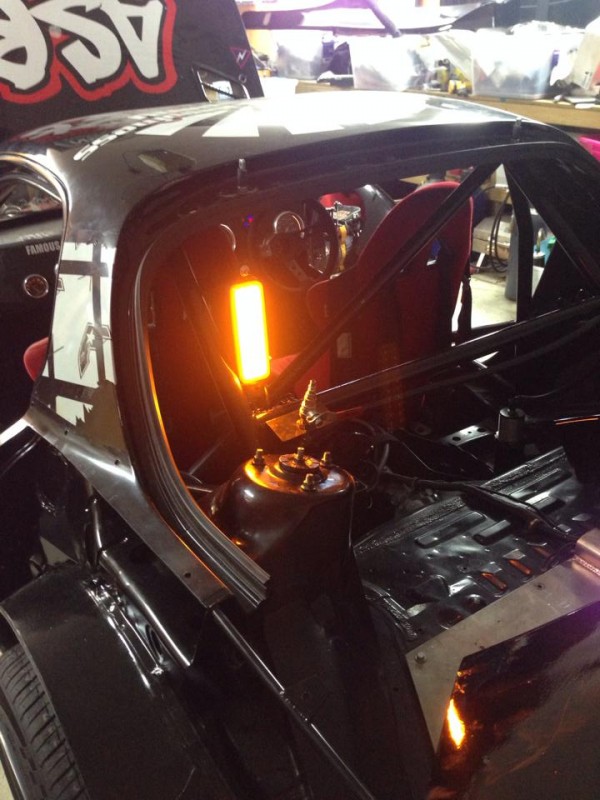 Pro Am class cars remain limited to a maximum 235 width tire, while there was debate about banning the likes of the Achilles 123s and Toyo R1R semi slick tires for pro-am in view of costs. This did not gain enough support to be put in place. 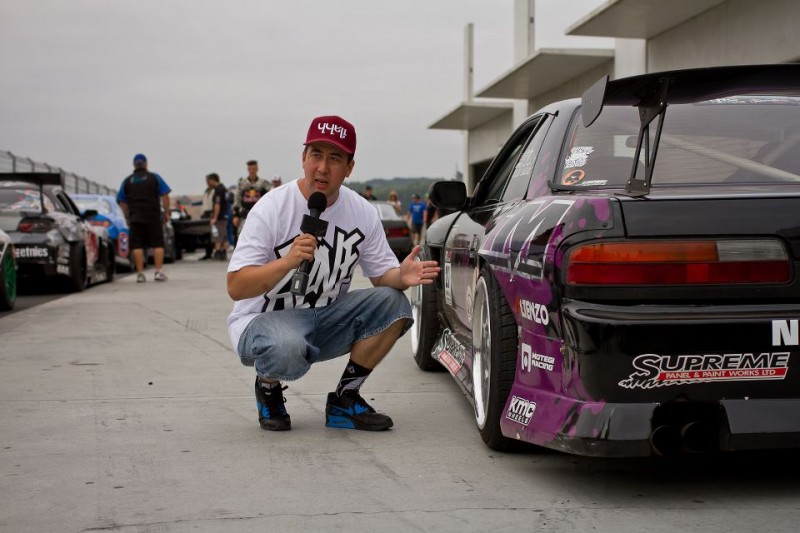 All advertising must comply  with the national sporting code , part V, sections 56 & 57.  ( It should also be noted that given D1NZ is shown on TV3, there are further standards of presentation and acceptability that may be applied from time to time )

Not a huge number of changes overall, the formula does seem to be working.

If you want to understand how the points etc work, it is all explained HERE