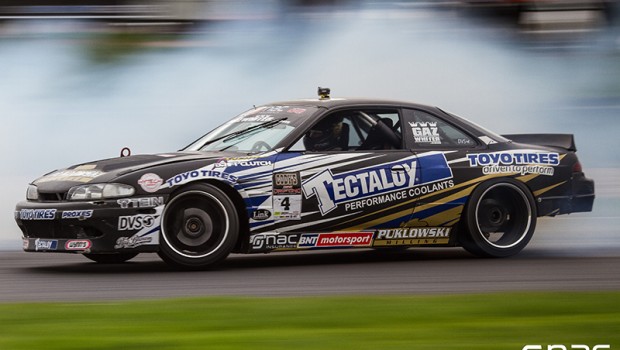 Whiter gets back on track

Northland 3 time NZ Drift Champ Gary ‘ Gaz’ Whiter has driven the Tectaloy S14 v8 drift car to the podium for the first time since it was launched over the weekend at the NAC Insurance 2013 Drift Nationals.

It’s been a long and testing road for the close knit team since the debut of the matte black and gold slider, with 2 engine failures and a huge crash along the way that would have been more than enough to drive most out of the sport and onto the boat for some fishing, but that is not the Whiter way and they kept on going and now feel they have a good handle on the 400kw Chev V8 package. 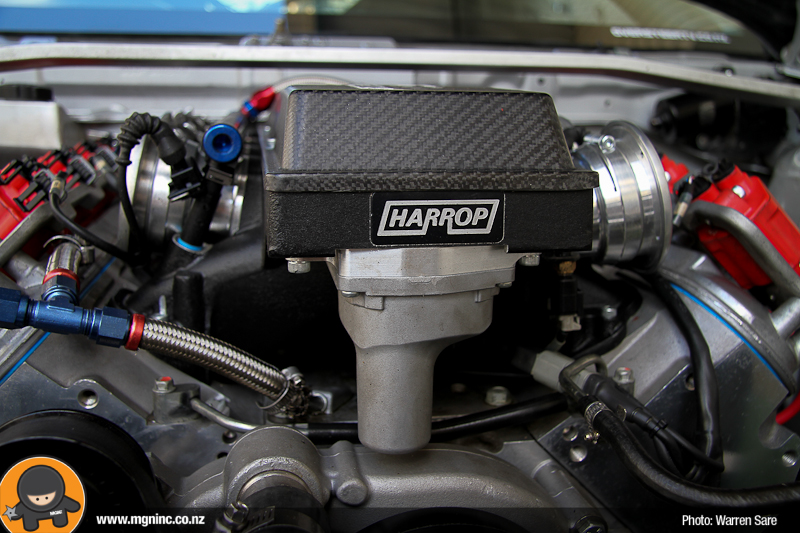 Glen Suckling at GDS Automotive gave the car a re-tune after a faulty sensor was found that robbed the car of over 100hp at the D1NZ final round. Now far more responsive and with an angry bark, the Toyo R1R tires fitted lived a short life as Whiter mashed the throttle, plucked a gear in the G-Force 4 speed and simply enjoyed his driving again without worrying about car reliability.

Taking the #3 qualifying spot in a unique system based on the USA’s Formula D system, Whiter would get a bye into the top 16 where he came up against team mate and friend Daniel ‘ Fanga Dan’ Woolhouse. Woolhouse hadn’t looked himself over the day and was having brake problems all weekend and simply couldn’t match Whiter with a car that wasn’t up to par in a battle that is always decided by the smallest of margins. 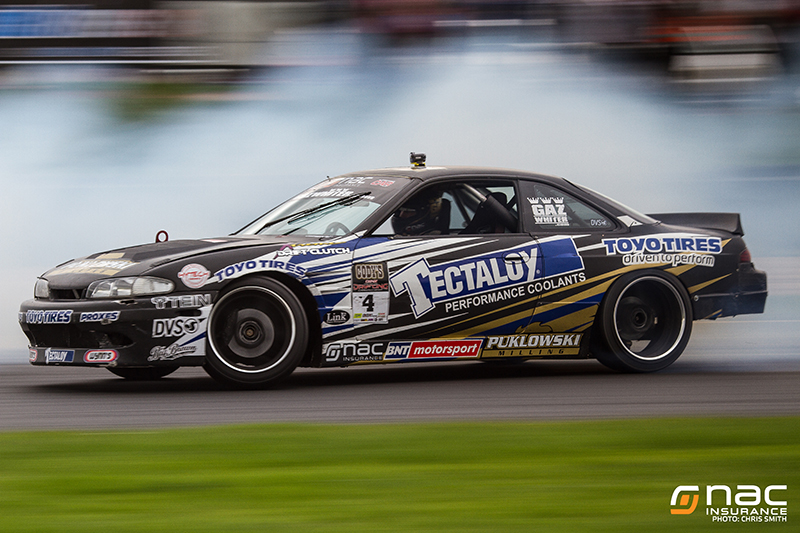 A bye run would follow due to a sad mishap for rising female drift star Jodie Verhulst who lost her clutch in the warm up ( should have fitted an Xtreme Drift Clutch) which would see Whiter matched up in the semi final with fellow V8 driver Andrew Redward, who is reknown for his speed and angle at Hampton downs.  This was one of the better battles of the weekend with both drivers aggressive and fast, Whiters chase on the first pass giving him the advantage and Redward unable to stay with him when he was leading.

Into the finals after a bit of a long day and the Tectaloy machine had only Cole Armstrong and the 500kw+ V Energy r34 standing between him and victory. Both drivers know each other well, and are fast and smooth so all was set for a fitting end to the day, with the champ being a deserving winner.  Whiter would lead first and managed to earn himself an advantage with a clean smooth run, that Armstrong was unable to quite keep up with.  The drivers then swapped around and as both accelerated hard down the straight all eyes were on turn 1 and the transition up the hill where both cars arrived at the same time and the Tectaloy machine rubbed wheels with the Green Machine and sent Whiter into a spin and Cole up and over the hill on his way to victory. 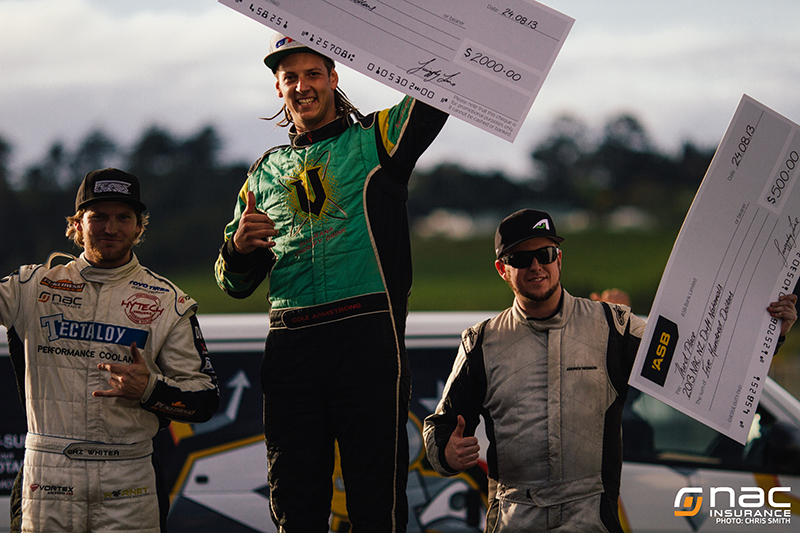 While not victorious, when you’ve had the luck Team Whiter has, just being back on the podium is great and as Gaz was quick to mention it is only due to the ongoing support of family, friends and long term loyal sponsors that it is even possible.

Whiter’s back on the podium…..and that is a danger sign for the rest of the field.. 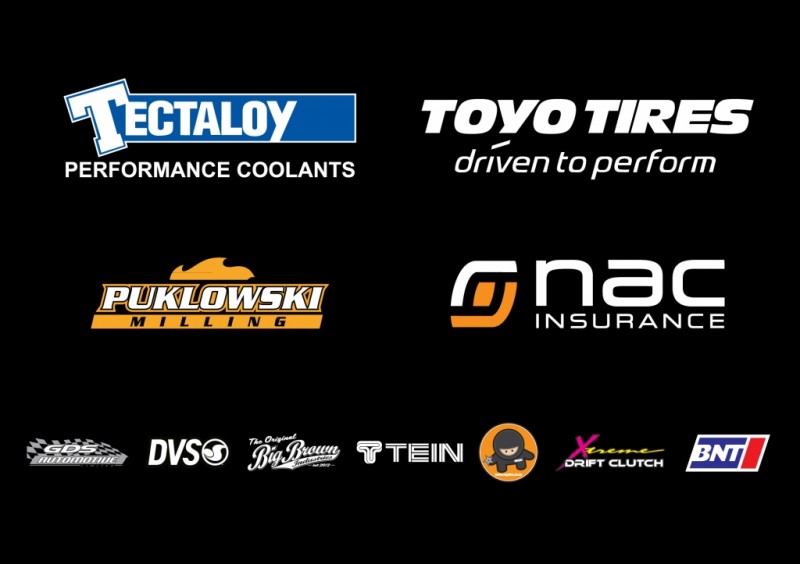