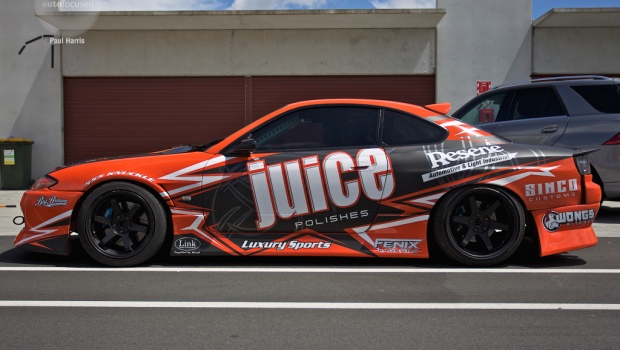 Published on November 1st, 2013 | by mrgrumpyninja

Troy Jenkins Motorsport is well known for having one of the best presented and well kept cars in all of D1NZ, and that fine tradition has continued as Troy debuted his new Pixelsaurus designed look for 2013/4 fresh from the workshop of Jerry ‘Big Brown’ Hunt aka Big Brown Industries. 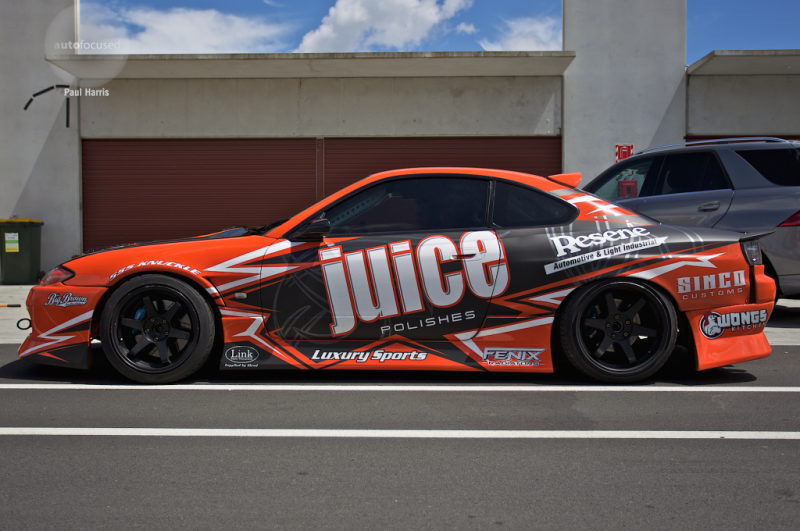 Backed once again by Juice Polishes and NZ distributor Resene Automotive and Light Industrial (Rali),  Jenkins has also gained support for the coming season from Hamiltons Wong’s Kitchen, run by well known import car personality Anthony ‘Mung’ Wong. ” Troys car was an easy pick for us ” says Wong, ‘it always looks the goods and he (Troy) takes pride in the car”.   Wong says he gets good value out of his drift sponsorships due to many fans travelling to each round and a number of teams commuting from bases around the North Island to various workshops and suppliers. 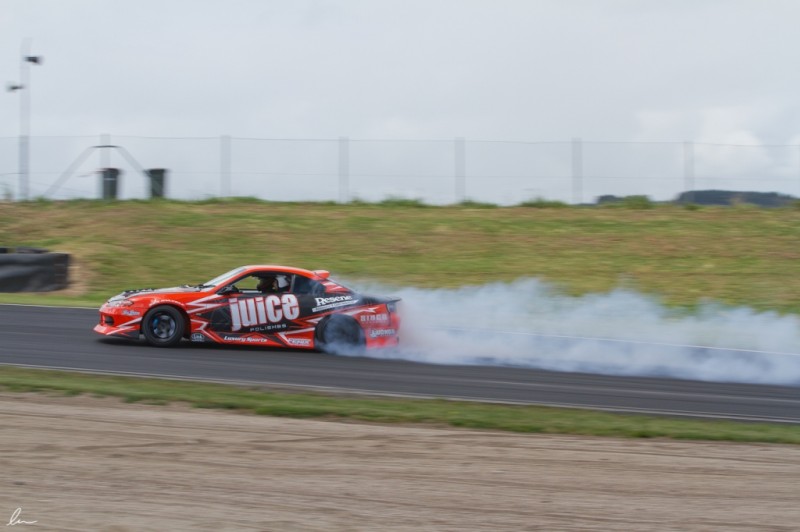 Sinco Customs are also part of the team along with Fenix Radiatiors, who have combined to try and keep in check an angry RB30DET engine package sourced from fellow D1NZ driver Gary Tenana.  With Glen Suckling of GDS Automotive working his magic over the Link ECU, this should be a reliable package that gives Troy all the go forward he needs in his chase for a pro-am title. 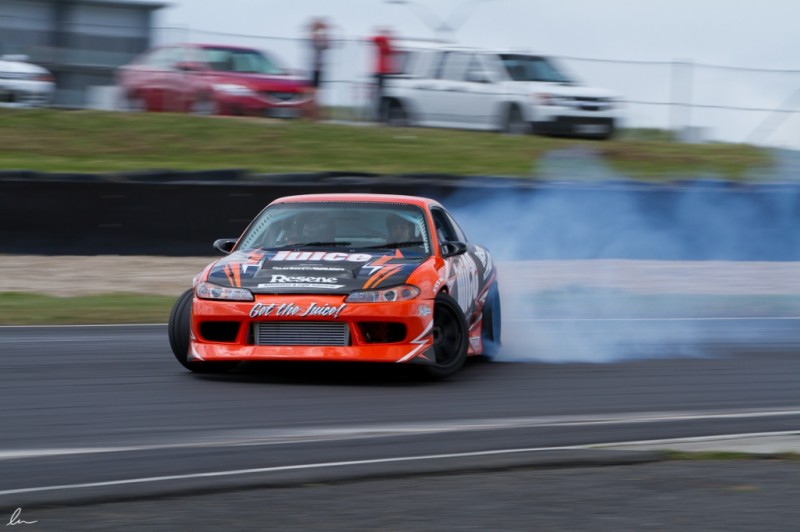 (it is perhaps co-incidence that Little brother Ben was also out today….could we see a 2 car team perhaps?) 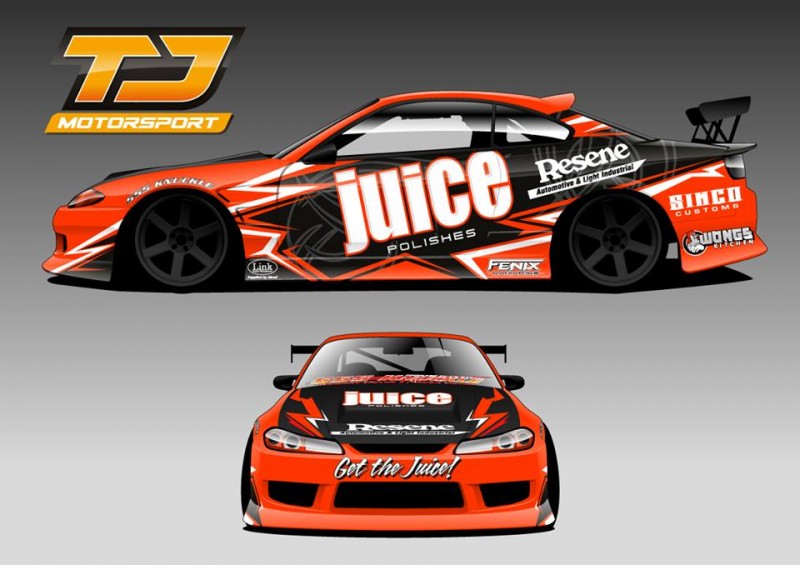