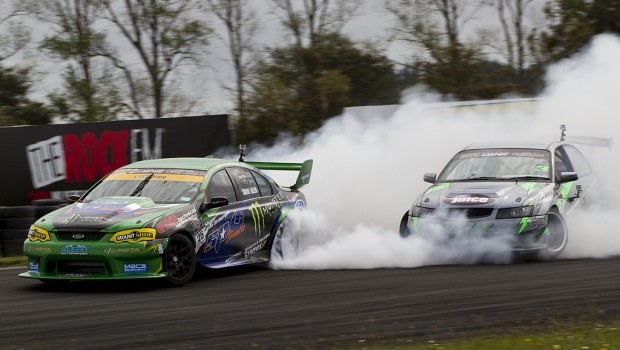 Published on October 29th, 2012 | by mrgrumpyninja

One of the most anticipated  debuts ever in New  Zealand drifting took place over the weekend when Stone Brothers Racing driver Shane ” The Giz” Van Gisbergen strapped himself into the Rattla Motorsports Falcon owned by the Allen Family.

The story of how this came about is covered here LINK and essentially is a story like many others where over a beer the idea of giving drifting a go was thrown around by the families and has come to fruition.

Rattla as the race car is known is 700 horsepower of angry green monster, powered by a 410ci Small block that does its best to tear tires apart. A former NZv8 shell, the car now has a single purpose only and that is to drift. 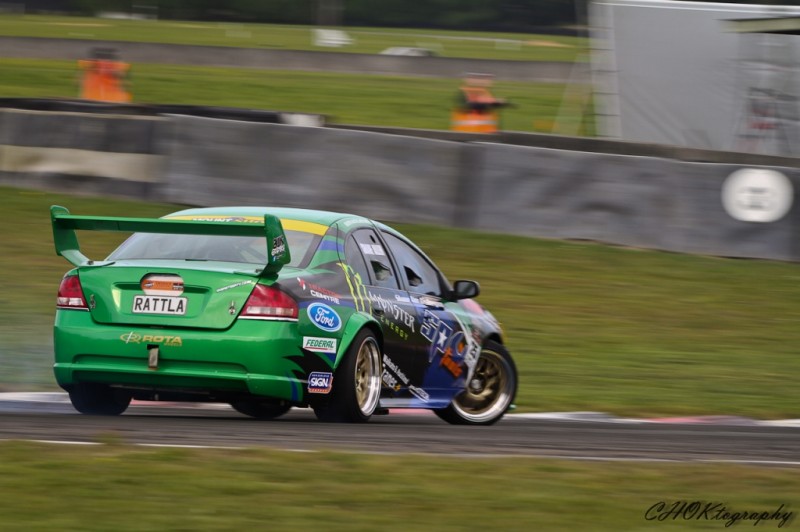 Dual driving the car for the event,  primary driver Shane Allen was first out on track for qualifying and found upon entering the first sweeper on the drift section that the power steering had failed resulting in the car going straight ahead. This would place the team under some pressure to make repairs and would mean The Giz missed his first and second qualifying opportunities before the car was deemed ready for action again.  Unfortunately for Shane Allen, he was deemed to be late for his run and as a result had to forfeit his 3rd and final qualifying opportunity leaving him outside the field. That meant it was now time for the eagerly awaited debut.. 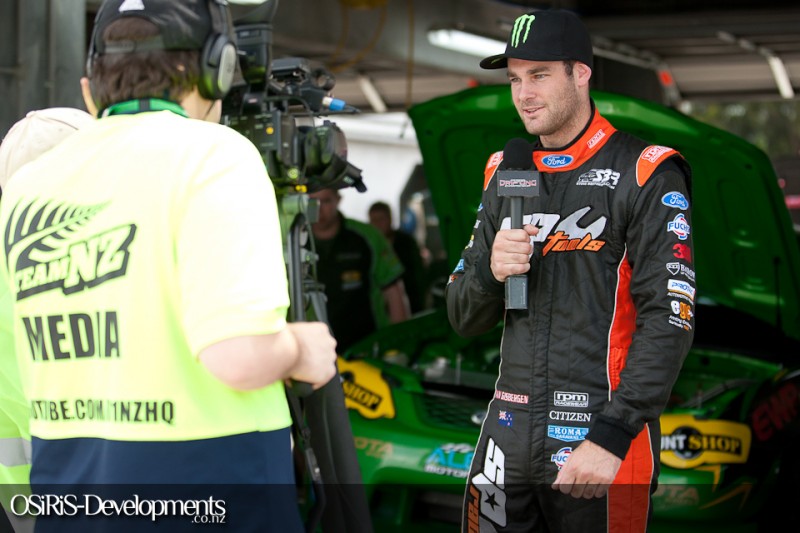 Giz lined the car up and it would be fair to say almost everyone was standing to see what would happen, he had been fast during practice and got mixed up in trains of cars 5+ to try and get a feel for the sport, but how would that translate to single pass qualifying?  The answer as it turned out would be a run of 37/100, enough  to get into the field and start the Giz on his way to a drifting education.

The problem you have when you qualify low in the field in drifting is that you come up against the best first, and the would be the case as the age old Ford vs Holden battle hit NZ drifting for the first time when Fanga Dan Woolhouse in the Castrol Edge Commodore was matched as Shane’s opponent.  Woolhouse was the 2006 NZ champ and is a perennial title contender so this would be a real test of ability, a baptism of fire if you like.

Both cars were released and the entire crowd stood and cheered as the rookie drifter powered the big Falcon into the first corner mere centimeters off the bumper of one of the best in the game. Try as he might, Woolhouse couldn’t shake the Rattla Falcon and the judges would call a very popular advantage to Shane Van Gisbergen!! 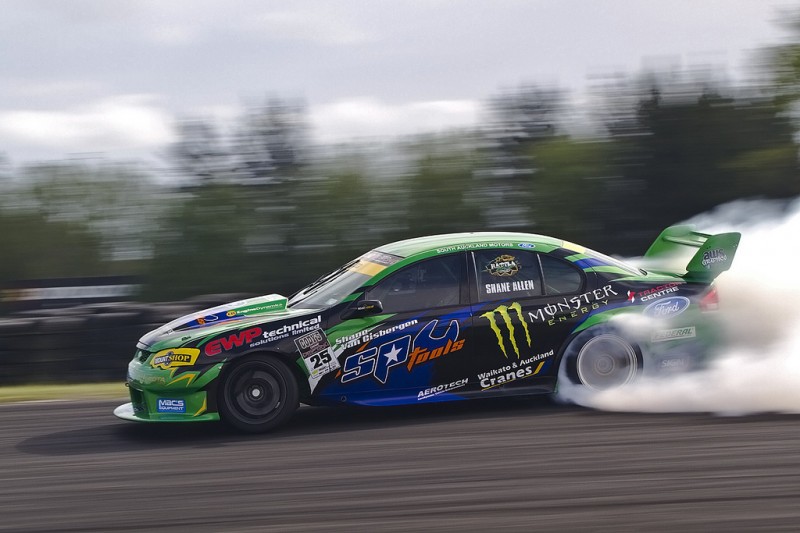 In drifting you get a lead and a chase, and this meant that Giz now would lead, with Fanga Dan to chase and chase he did, applying all his years of experience to try and unsettle SVG and take an advantage. It was so close that everyone was holding their breathe and thinking we would be going one more time, but the expert judges made a call that Fanga Dan had a slight advantage and by .5 of a point would go through to the next round. The crowd it has to be said were disappointed, not that Fanga had won but more just because everyone is wondering just how good SVG is going to get!

That would be the end of the Rattla teams day, but in no way were they be disappointed with what was achieved, with both Shane Allen and Shane Van Gisbergen taking a lot a way from the event .

The judges commented after the event that Van Gisbergen had  been incredibly humble and asked to start the event in the rookie class wanting to earn his way through, however he was graduated immediately when it became apparent that his skill level was simply in excess of the entry level class. SVG if nothing else will be a valuable addition to the field in terms of professionalism and conduct , as he was always seen with a smile on his face and accepted any advice given willingly.

Bring on the V8 All stars challenge!! 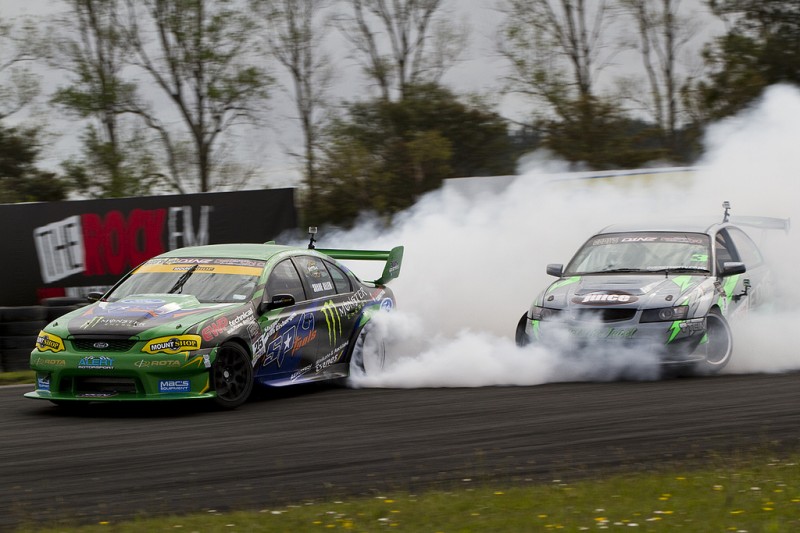 The Rattla Motorsport team wish to thank – SP Tools, Monster Energy, The Mount Shop, AWS Graphics, Alert Motorsport, Federal Tires, The Tractor Center,  South Auckland and Waikato Cranes and all their loyal fans, friends and family who have made this possible.