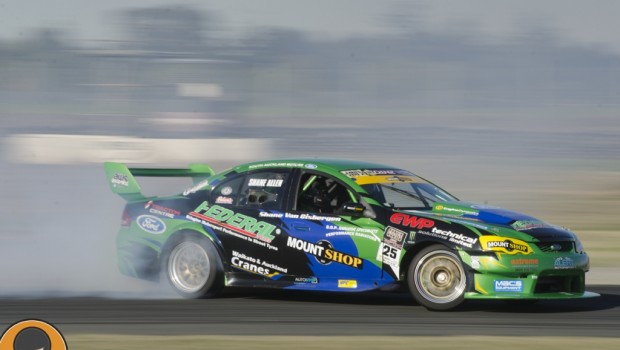 Published on April 3rd, 2013 | by mrgrumpyninja

Rattla Motorsport at Round 5 of the Codys D1NZ

Breaking your race car engine is never a good thing for a team, but in this case it may have all worked out  quite well for the Rattla Motorsport crew.

The big green Ford was looking pretty strong on the Saturday practice and was producing solid smoke plumes out the rear, while the return to a race circuit allowed more use of the huge horsepower lurking under the bonnet. Sadly while in the midst of another solid practice session things went quite wrong and the car was towed from the track. An inspection on the car would discover that the crank had in fact broken, rendering the car unusable for the weekend. 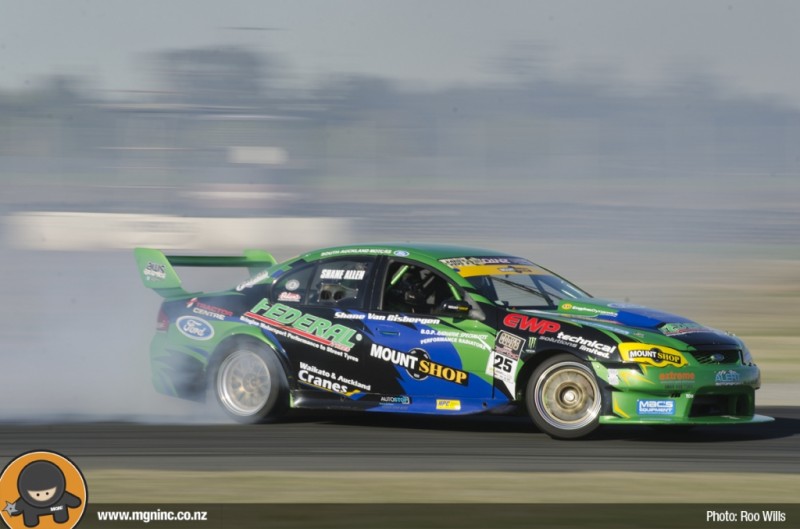 Enter the spirit of the drifting community, and offers came forward from Vince Langhorn- C33 Laurel, and Darren Kelly – DKM  R32 Skyline for the Rattla drivers to make use of. Shane Allen jumping into the Laurel, while Van Gisbergen would have his first ever go at sliding a 6 cyl turbo car. Both did well to adjust to new cars at short notice, with Van Gisbergen in particular seeming to relish having another new challenge.

Shane Allen would qualify in position 30, and come up against Andrew Redward who has simply been flying lately.  Redward drove away from the youngster who was fighting an unfamiliar car with much less HP than he is used to. 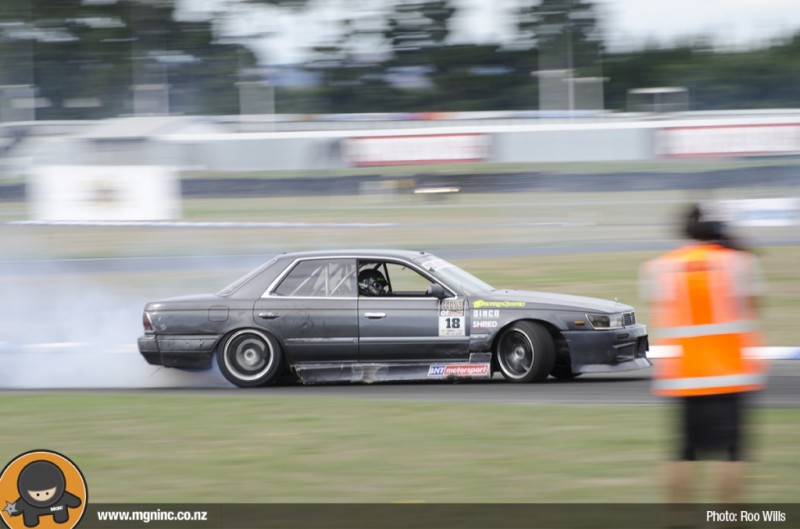 SVG on the other hand was the star of qualifying being the only driver to improve each run, and ending up with 4th spot in only his 3rd ever event in a car he’d only done a half a dozen laps in. Full of confidence and for the first time able to lead battles rather than being forced to chase first, Van Gisbergen would beat Southerner Jarrod Reid and seasoned 2degrees driver Sky Zhao before meeting Cody Collis in the top 8.  Van Gisbergen looked on course for a top 4 when he himself admits he got a bit excited and grabbed the gearstick instead of the hand brake on the final corner. This caused a minor straight line and would be all it took to end SVG’s charge.  Interesting , Van Gisbergen has gone one round further through the event each time he’s driven, and only a fool would write off him making a final and winning should he keep drifting. 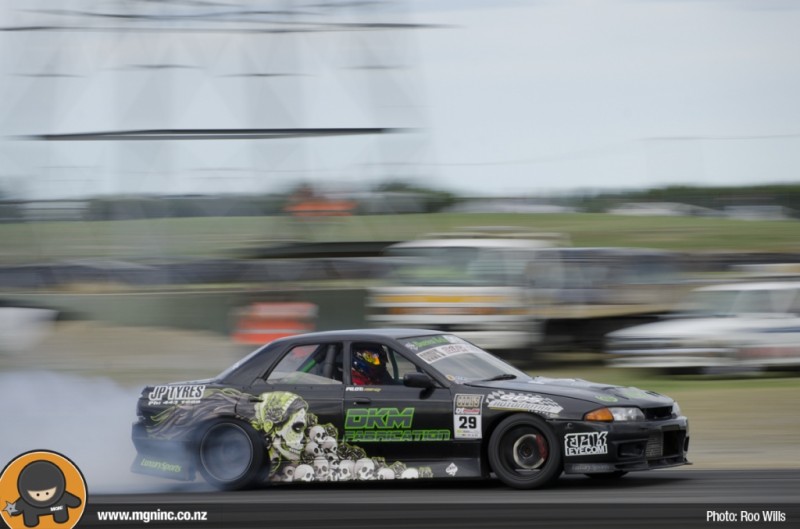 For the Rattla team, the weekend was full of  highs and lows, and with drives in superstocks and super saloons also on the menu, the team really got maximum value out of the weekend. The interesting thing will be to see how the lessons learnt from driving other cars are applied to the teams #1 car.  Combine that with the improvement being shown by both drivers, its going to be a case of wait and see what they bring to the final round. 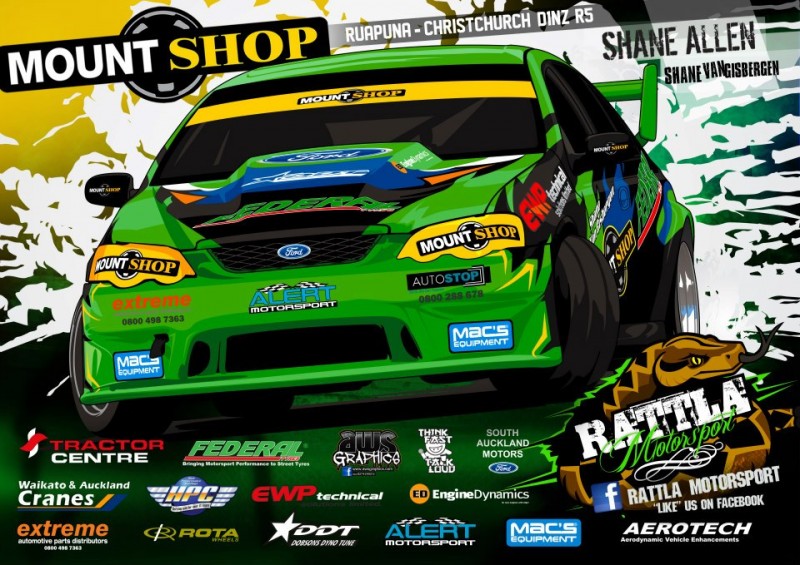