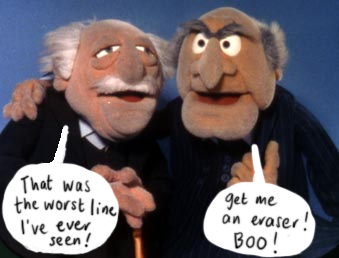 Judgement day- Who, how and why?

It seems as of late that there have been quite a few “debates” floating around the place due to results in contests where there is a human element by way of ‘judging’ .

Judging by default is subjective and based on one persons opinions, thoughts , personal make up and what they happen to like or dislike something based in personal experiences and perceptions . It’s probably one of the major reasons most people prefer first past the post sports, which are as a general rule more clear cut. Humans by default don’t like being ‘judged’, so its almost a given that the phrase ‘ can’t keep everyone happy’ will be used.

I shouldn’t really use the term as of late, as to be quite honest I’d say this has been around since day dot when one cave man probably thought he beat another only to find that opinion was different to his, sending him into a caveman rage where he probably grabbed his club and whacked a few people. These days you can’t do that, so instead you use a virtual club by way of the internet to beat people up with.

I’m not even really too sure why I’m writing this as there is no magic answer but I would see myself as probably one of the few who has been on both sides of the coin. I also work within a field that is about systems, process and consistencies which givens me perhaps a slightly different or perhaps less emotive view point.

Then there is the other side of the coin….often those who criticize the most would make the worst possible judges. The danger for anyone whom is in a position as a judge is missing feedback and not taking onboard constructive thoughts from those who seek not to just object but to improve.

This could go on for a while, but I guess what it boils down to is “who really wants to win something that is hollow”   If you get a large proportion of the public or even a significantly vocal one questioning something and there is clear evidence that supports it, then you are on the road to downfall.

And lets be fair, no judge wants to be viewed as these guys…….